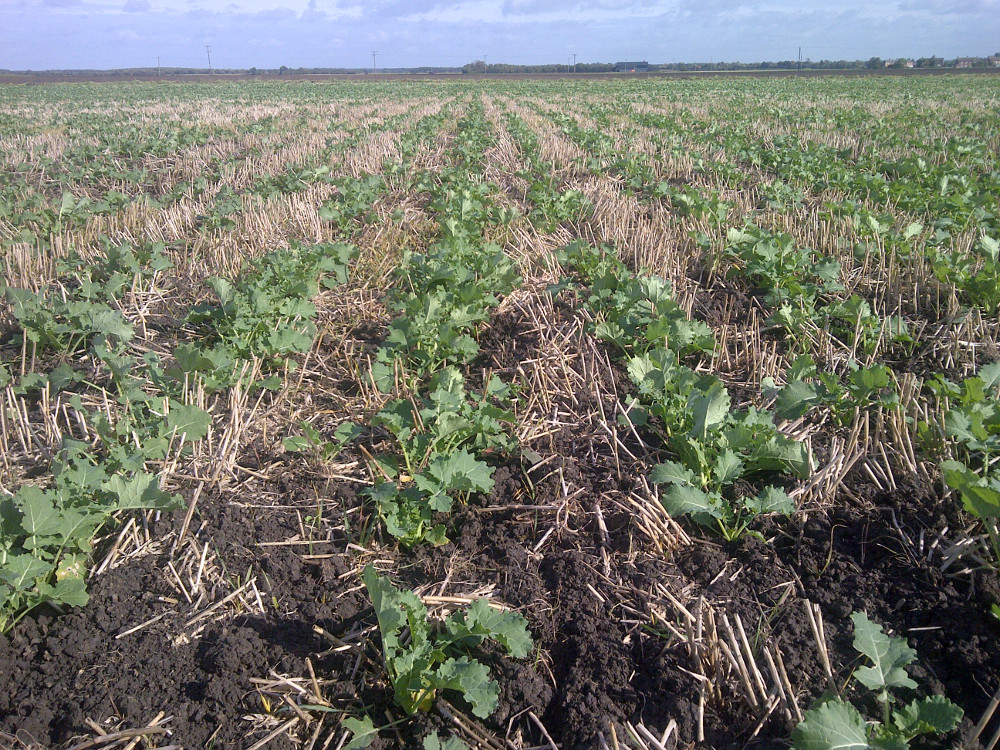 As OSR struggles to become established after such a difficult summer and such a wet and cold autumn the decision to apply NHKDelta @ 4.4 litres /ha and 2.2 litres/ha of 1-4-ALL was made. this was applied on very small plants on 26th September 2012.

12 October 2012. Good healthy expanded leaf mass and the crop after two weeks is just starting to meet in the row. 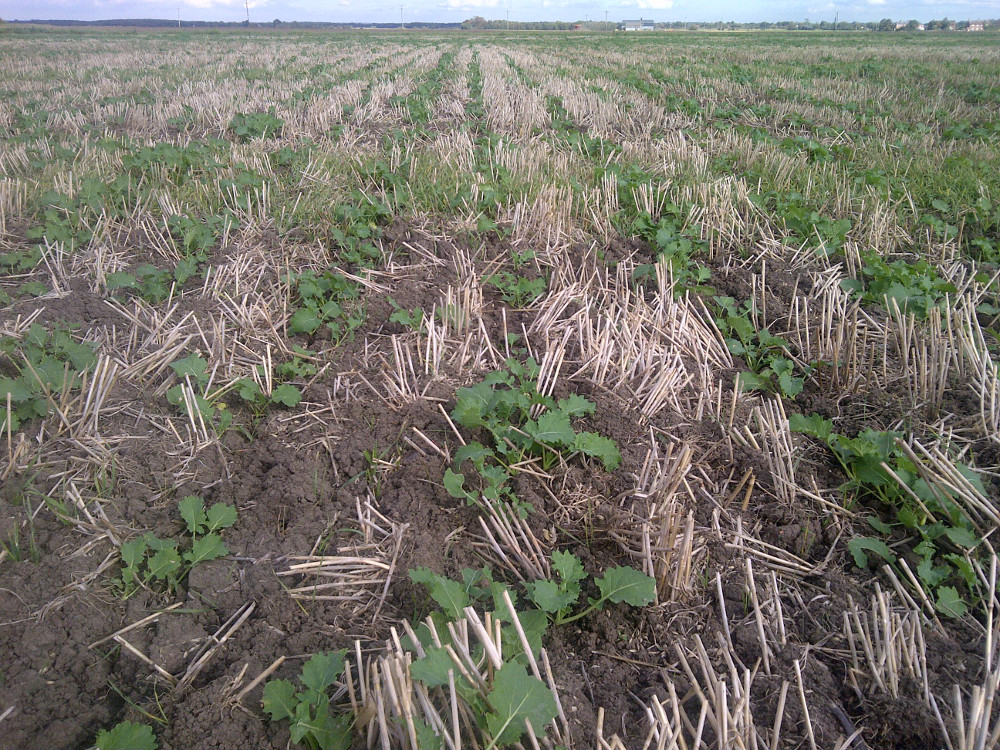 4th October 2012. After the first week the plant has responded with increased leaf mass and healthy growth. Growing conditions this week have not been great but at least these are moving along.

12 October 2012. Good healthy expanded leaf mass and the crop after two weeks is just starting to meet in the row. 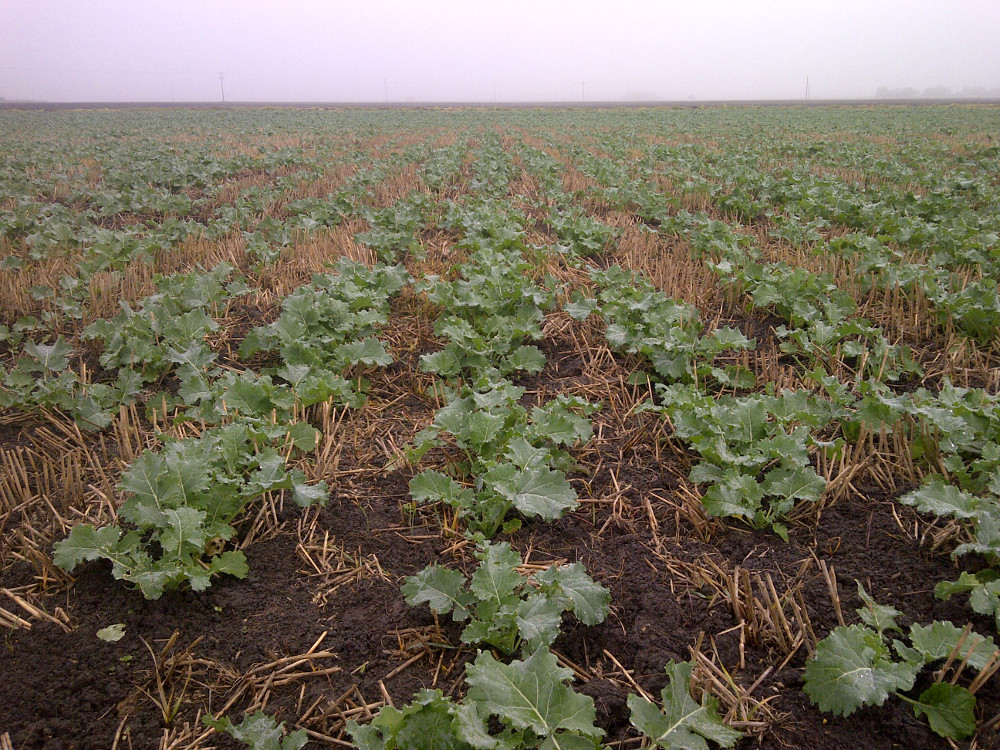 19th October 2012. The weather this last couple of weeks has been cold and wet with night time temperature dipping to near zero. The crop however continues to grow very well.
Note this has recieved nil base fert or standard nitrogen. The crop has recieved 4.4 litres of NHKDelta and 2 litres of 1-4-ALL, which is providing the crop with less than 1kg of N. Delta and 1-4-ALL is feeding the crop in a way that encourages a more naturalized bushier growth and better rooting. 1-4-ALL offers the plant bioavailable trace elements that that the plant can utilize when growing conditions are poor, such as the cold late established crops we see here. 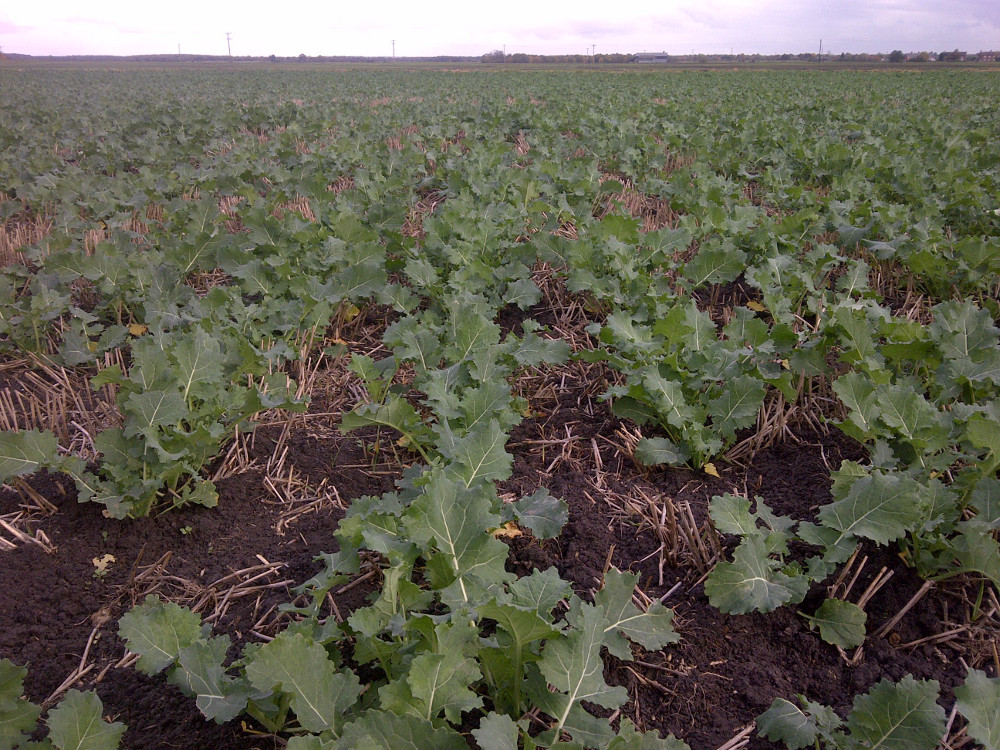 This picture was taken on the 26th October 2012, one week further on. The crop continues to grow well despite the cold weather we have had in the last week. The crop has only recieved the 4.4Ltrs of Delta /ha and the 2.2ltrs of 1-4-ALL/ha back on the 26th September 2012. 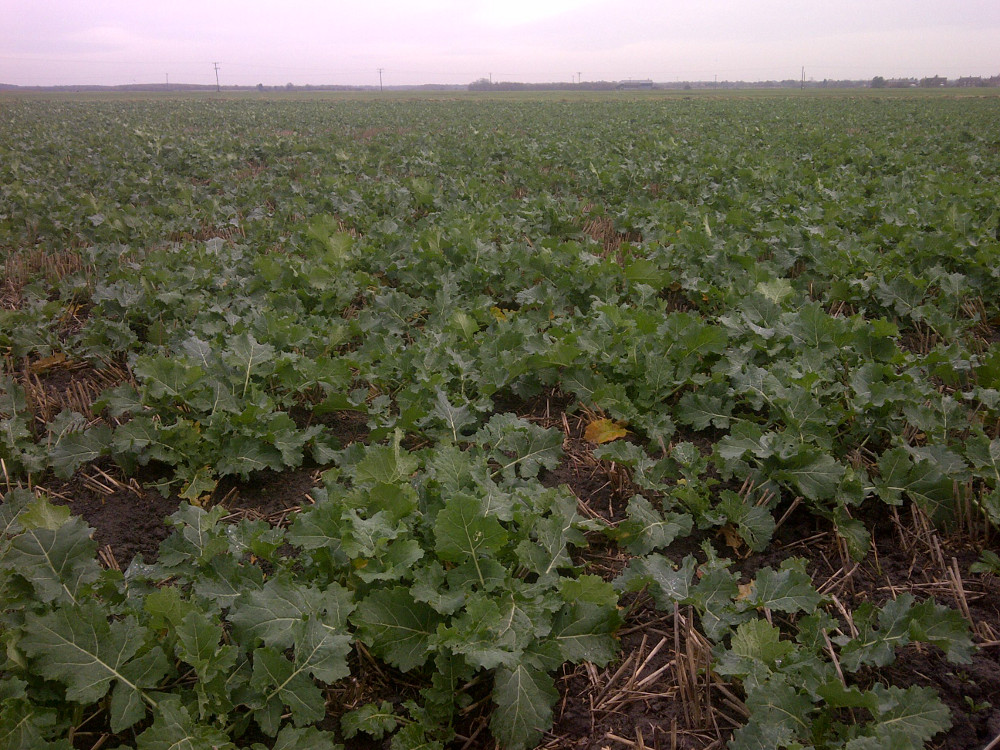 This picture was taken on 2nd November 2012, one week further on. The weather for the week continues to be cold overcast and wet and despite the poor growing condition the rape is doing very well.