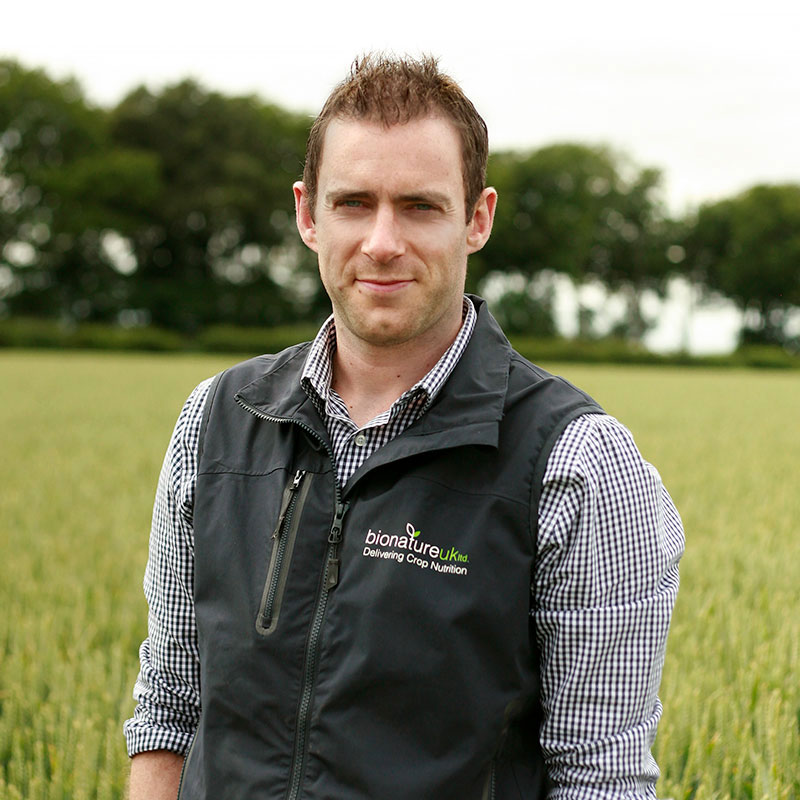 Tom originally got introduced into agriculture by getting a summer job as a trials assistant with NIAB/TAG, working on and around the Lincolnshire Wolds as well as some of their other trial sites in Yorkshire and on the Scottish boarders.

He ended up working for NIAB/TAG for about 14 months and in that time got a real taste for agriculture.

This was a 4 year course with the third year being a year in industry. This year in industry was spent with Frontier Agriculture, working on their trials in Lincolnshire and Cambridgeshire. He then returned to complete the final year of my degree and graduated with a 2.1 in BSc Agriculture and Environmental Management. Following this he secured a position as Trials Officer with Frontier based near Lincoln, then spent 3.5 years learning all he could about trials work and at the same time furthering his knowledge on agriculture.

In February 2019 he was offered a position at Bionature Australia, where he took on the role of Sales Executive and have continued learning all that he can ever since!